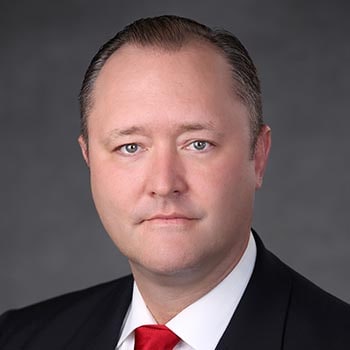 Jason B. Trauth joined the firm in 2016. His practice focuses on commercial litigation and construction litigation. His experience includes representation of construction industry professionals and community associations on matters involving construction defects, delay claims, construction liens, premises liability, and other disputes arising throughout a construction project. Mr. Trauth can handle a case from start to finish. He is well-versed in all phases of litigation, having handled numerous cases on behalf of his clients in every setting, from federal and state courts to AAA arbitrations and administrative hearings. He has conducted more than 35 jury trials on both civil and criminal matters. He has briefed and argued cases before the Third and Fourth District Courts of Appeal of Florida and the Nevada Supreme Court.

Mr. Trauth appreciates that clients face many pressures and he helps them manage the risks and rewards of litigation by aggressively seeking favorable resolutions swiftly and efficiently. Mr. Trauth’s efforts on behalf of plaintiffs have resulted in many favorable settlements. On behalf of defendants, Mr. Trauth has secured numerous summary judgments and pretrial dismissals. He prides himself on concentrating maximum time and effort into his clients’ claims from their inception to their favorable resolution. He encourages prospective clients to speak to previous and current clients and will provide references upon request.

Mr. Trauth represented Bright Horizons – a multi-national corporate provider of child care services – in a case of alleged sexual abuse that was intensely covered in the media and consisted of highly volatile accusations. The plaintiff requested an award of $50 million from the jury at the conclusion of a two-week trial but Mr. Trauth's meticulous defense convinced them that Bright Horizon's liability in the case was no more than $3 million. Mr. Trauth successfully resolved the litigation prior to appeal. This bellwether result leveraged favorable settlements of several related claims also defended by Mr. Trauth.

Mr. Trauth represented the IconBrickell – a large, upscale, multi-use development on Biscayne Bay – in a commercial dispute against a single-purpose subsidiary of a nationwide publicly-traded real estate investment trust, involving disputed ownership and rights to proceeds from the parking operation on the property. After a lengthy trial, Mr. Trauth convinced the jury to find in favor of the IconBrickell on all counts.

Mr. Trauth represented a condominium association in dispute with a commercial landowner who sought to invalidate restrictive covenants related to property adjacent to the condominium so that an industrial park could be constructed. At the resulting trial, Mr. Trauth convinced the jury to find in favor of the association on all counts and defeated the landowner’s appeal to the Fourth District Court of Appeal as well.

Mr. Trauth recognizes his responsibilities to the community outside of his professional practice. He therefore commits his time to serve as a member of the Miami-Dade Unsafe Structures Board and as a member of the vestry at St. Thomas Episcopal Church in Coral Gables. He also serves as the president of the Palmetto Bay Broncos Football Association, Inc.